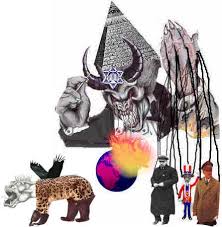 To understand Illuminati cult programming, it is necessary first to understand something about the structure and philosophy of the organization.

The Illuminati are a group of people who follow the philosophy known as "Illuminism" or "enlightenment."

The Illuminati were named several hundred years ago, but trace their roots and history are the ancient mysteries and religions of Egypt, ancient Babylon, and even Mesopotamia.

From these ancient religions, which are practiced in secret for hundreds and hundreds of years, resulting esoteric groups which continued the practice of rituals, traditions, and enculturation brought in from the original group.

Illuminism if modern-day is philosophy is funded by the wealthy people, but practiced in all social strata. It is a philosophy whose principles were spread throughout the world. It began with the German branch of Rosicrucians, spread to England and then came to the United States with the first settlers.